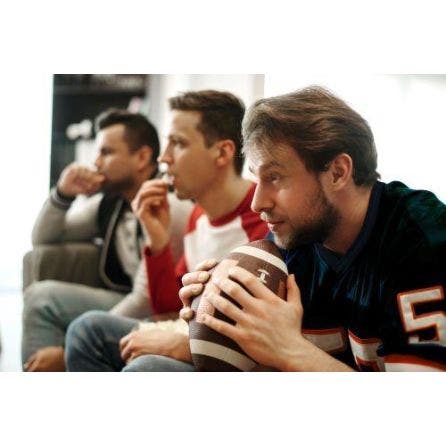 Wondering where to put down whiskered roots? Look no further than the sixth annual ‘Most Facial Hair Friendly Cities in America’ study from men’s grooming leader, Wahl. While there’s a flurry of follicular support up and down the West Coast, a Midwestern jewel secured the No. 1 spot this year. Check out the top 10 cities boasting beard bragging rights in 2019.

1. Chicago
Beards abound mile after magnificent mile in Chicago, which is why the city is a perennial player on this rugged roster. The city’s rabid sports fans are no exception to face fur, so this combined with the gridiron grizzlies’ quarterback beard pact last season may have launched the city into this year’s facial hair friendly Hall of Fame.

2. Atlanta
Probably the hottest of the hairy havens, Atlanta has held fast among the top three facial hair friendly cities for the last few years. So if you’re looking for a place that welcomes whiskers, look no further than this heart of southern—and stubble—hospitality.

3. San Francisco
San Francisco brims with bays, bridges and beards. Known for its diversity, this city’s culture ranges from art and cuisine to scruff and sideburns. Take a cable car ride through town, and you’ll see many different facial dos hitting those hilly streets.

4. Los Angeles
L.A. has made a steady climb up the bearded ladder the last few years. Fandom for fuzzy faced celebrities could be a factor. One thing is certain, however, be it a movie premiere or a day at the beach, you don’t have to look very hard to find facial hair in the ‘City of (Bearded) Angels.’

5. Seattle
Seattle’s affinity for beard necklines runs as long as its shorelines. No morning is complete without a cup of Seattle’s best brew and some facial hair care. While the forecast might say otherwise, Seattle’s future definitely looks hairy and bright.

6. Portland
The Pacific Northwest continues to reign facial hair supreme as Portland persist on this top-ten totem. Hipsters, cyclists and outdoor enthusiasts all get in on the facial hair action. Even the city’s famous donut shop decorates one of their tasty creations with a mustache.

7. Austin
This Texas capital is the state’s facial hair haven. From cowboys to creatives to college kids, the population embraces all things weird – and beard. Reports also rank Austin as one of the country’s fastest growing cities. We like to believe this applies to the facial fuzz of its inhabitants.

8. New York City
From Brooklyn to the Bronx, New York’s boroughs exude facial hair pheromones. With popular dating events catering to bearded men and the women who love them, five o’clock is a happy hour as well as a shadow.

9. San Diego
As ‘America’s Finest City,’ San Diego definitely has some of the finest facial hair. And we’re not surprised. When you live in beautiful weather year round, why not step outside and show off your scruff?

10. Philadelphia
Life, liberty and the pursuit of the hirsute are a way of life in Philadelphia. Even though the ‘City of Beardly Love’ dropped from its top spot last year, we know its bristly brethren will remain a historical attraction.

Don’t see your city in the top 10? Check out Wahl’s complete list of ‘Most Facial Hair Friendly Cities’ for 2019.

Whether or not your city made the list, you can still beard with the best of them by entering the Wahl Man of the Year contest. The contest runs through Oct. 18, 2019 and the winner will receive $1,500, plus bragging rights. More information including how to enter and official rules can be found at WahlUSA.com.