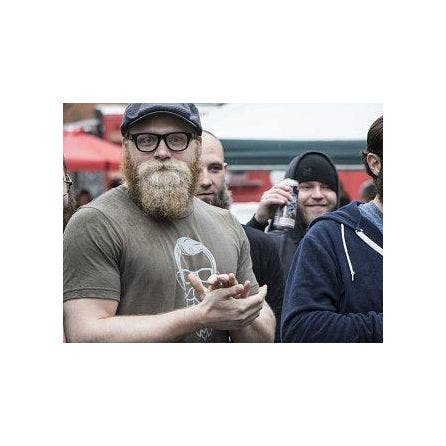 STERLING, Ill. (April 19, 2018) – Men take note, women across the country have come down with a case pogonophilia. Before panic ensues, however, a simple Google search will reveal this follicular phenomenon is in fact — a love of beards. What’s even more interesting is that facial hair enthusiasm from the women of Philadelphia was a contributing factor in the fifth annual ‘Most Facial Hair Friendly Cities in America’ research study from men’s grooming leader Wahl, and helped the city skyrocket to the No. 1 spot.

To celebrate this accomplishment, Wahl will descend onto the city as it becomes the Mecca for beards and beard lovers alike at The Philadelphia Beard Festival on Sunday, April 29, 2018. As the title sponsor, Wahl’s giant mobile barbershop and team of master barbers will be there to support all the hairy happenings, including a beard competition and free beard grooming. In addition, the pheromones in Philly will surely be flying during the Bearded Speed Dating event.

“For the last few years we’ve noticed women becoming increasingly involved in the facial hair community, so we were pleasantly surprised to see this trend substantiated in the research — and we think bearded men will also be pleased,” said Steven Yde, division vice president for Wahl.

While general facial hair popularity among social media chatter helped dictate the results of the study, a notable influx of women expressing their appreciation for whiskered men helped tip the results for Philadelphia. On a national level, a love of beards prevailed as well. In fact, an online survey revealed that the majority of U.S. women prefer a man with facial hair over a clean-shaven face (58 percent vs. 42 percent, respectively). Millennial women showed a particular panache with a 71 percent preference. In general, 65 percent of women find facial hair attractive, and 57 percent describe men with facial hair as masculine or handsome. As far as style, stubble topped the preference list and a well-groomed beard was a close second.

Philadelphia marks the kick-off of Wahl’s annual mobile grooming tour which includes taking a 30-foot mobile barbershop on the road to visit the 10 Most Facial Hair Friendly Cities in America. At each tour stop, Wahl’s team of master barbers will give guys free facial hair trims for a good cause. For every trim, Wahl will donate $1 to ZERO - The End of Prostate Cancer, the leading national nonprofit with the mission to end prostate cancer.

The 10 finalists will each win $500 and Beard Grooming Gear, which includes a Lithium Ion Stainless Steel Trimmer and a starter kit of Wahl’s new Beard Care line. Online voting will help determine who wins the Grand Prize, which includes the title of Wahl Man of the Year and $1,500. The contest runs from April 27, 2018 - Sept. 27, 2018.