You Told Us About Your First Time and Won BIG, Now Its Time to See How They Used It 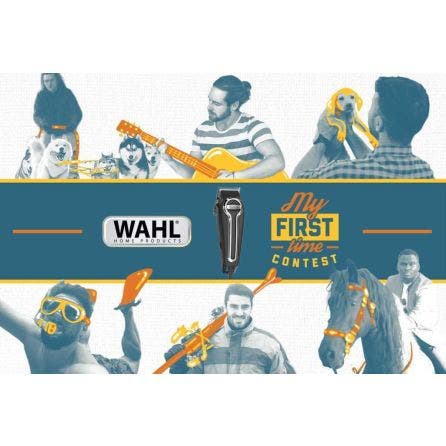 STERLING, Ill. (Dec. 17, 2021) – We asked to hear about your first time, and you delivered! This year, men’s grooming leader, Wahl, hosted the ‘My First Time’ Contest to celebrate all of the Americans who picked up hair clippers for the first time during the pandemic. For sharing their first home-haircutting attempts, five lucky winners were rewarded with a Wahl Elite Pro Clipper as well as $2,000 to fund a new ‘first-time’ experience. Numerous haircutting hopefuls sent in before and after photos that documented their first home-haircutting experience. They also shared a new experience that they hoped to try for the first time. Answers varied from restoring an old car to exploring the country in an RV. A panel of Wahl home-haircutting connoisseurs considered before/after photos, written responses and follow-up interviews when picking the lucky winners. Despite so many incredible submissions, there could only be five victorious first-timers.

“We want to reward those who stepped out of their comfort zone, and hopefully encourage more people to give home-haircutting a try,” said Steven Yde, division vice president for Wahl. He continued, “it was all-the-rage in 2020 and will hopefully continue to be going forward.” Throughout the pandemic, Wahl was there to help with home-haircutting advice and ‘how-to’ tutorials.

Tom Cavalli, Clermont, FL – Fed up with his hair last year, Tom busted out his old Wahl clipper and went to work! Tom plans to use his winnings on a whitewater rafting adventure with his brother, to honor their late brother.

Patrick Sokol-Roberts, Milwaukee, WI – After a self-proclaimed ‘train wreck’ home haircutting experience, Patrick has since mastered the art of at-home haircutting. Now he’s ready to fulfill his dream of hiking the Appalachian Trail.

Marc Marion, Beaverton, OR – Marc took the plunge and cut his long locks during quarantine. In the spirit of trying new things, Marc plans to take a stand-up comedy class.

Steve Messiter, Morrisville, NC – After having some health issues, Steve started cutting his hair at home. Now on the mend, Steve wants to check an item of his bucket list and rent an RV to experience the Colorado Rockies.

Cameron Townsend, Austin, TX – Trying to impress his long-distance girlfriend, Cameron had no choice but to cut his own hair. Now, it’s now become a hobby for him! Next, Cameron plans to experience the culture of a foreign country for the first time.