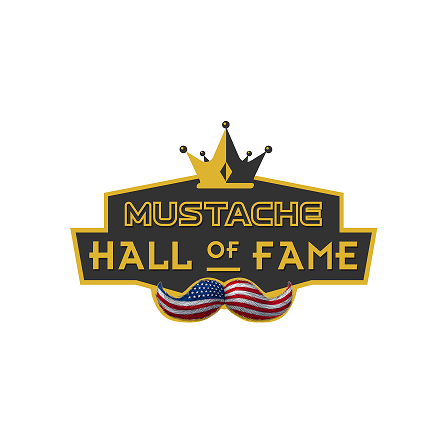 PITTSBURGH (March 11, 2016) – The International Mustache Hall of Fame, an endeavor of the American Mustache Institute and Wahl Trimmers, to canonize the superior attractiveness of people of facial hair, today unveiled its second class featuring mustache luminaries ranging from U.S. President Chester A. Arthur to noted world-class actor Carl Weathers, best known for his work as Apollo Creed in the Rocky movies. To view the International Mustache Hall of Fame visit:http://mustachehall.com/

The Hall celebrates the rugged attractiveness of the global people of facial hair and works to combat the long-standing discrimination against those who embrace the lifestyle.

“With our newly elected hall of fame class, we commemorate the passing of our last American president of Mustached American heritage – William Howard Taft,” said Dr. Adam Paul Causgrove, chief executive of the American Mustache Institute, at an event today introducing the esteemed class at Pittsburgh City Hall. “We also offer a hearty ‘you’re welcome’ to the global facial hair community, reminding all that enshrinement into this hall of fame is perhaps the most arduous yet ruggedly attractive achievement among its peer organizations, and we hope it sets the tone for handsomeness moving forward.”

The second class of inductees features facial hair luminaries from the following categories:

“There was some hearty debate regarding Mr. Yankovic due to his recent status as a bare-faced mortal,” noted Dr. Causgrove. “But he’s done so much for the Mustached American community, as well as for floral-pattern shirts, that in examining his entire body of work it was an easy choice.”

While the International Mustache Hall of Fame remains virtual, a search for a physical location is underway in Pittsburgh in partnership with city officials and local dignitaries.

Enshrinement into the Hall follows a deeply scientific process overseen through a partnership among the Dept. of Nuclear Mustacheology at the American Mustache Institute, the German-based Bertelsmann Foundation, the British-based Science and Technology Policy Research Institute, and Wahl Trimmers, the Official Sponsor of Facial Hair and inventor of arguably the most significant invention to mankind, the consumer electric trimmer.

ABOUT AMI
The American Mustache Institute, the bravest organization in the history of mankind behind only the U.S. Military and the post-Jim Henson Muppets, is the world’s only facial hair advocacy and research organization with more than 800 global chapters. The organization battles negative stereotypes and discrimination against the Mustached American community and is committed to recapturing the 1970s-era glory years of Mustached American culture when there existed a climate of acceptance, understanding, and flavor saving for people of Mustached American heritage. Visit:  http://www.americanmustacheinstitute.org/

ABOUT WAHLTRIMMERS – “The Official Sponsor of Facial Hair”
A quarter-century ago, Wahl recognized the desire for well-kept facial hair and created the world’s first battery-operated facial hair trimmer. Since then, the company has developed a complete line of trimmers for specific facial hair styles as well as ear/nose and multi-purpose use. This legacy of superior trimming innovation, which includes developing the first trimmer to harness the power of lithium ion, is why Wahl is the “Official Sponsor of Facial Hair.” For more information about Wahl trimmers, visithttp://www.wahlgrooming.com/