Who Has the Best Facial Hair in America? Help Wahl Decide 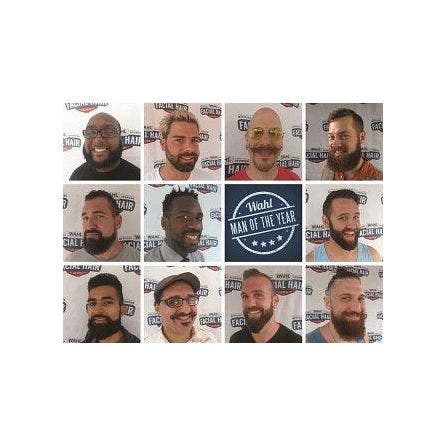 STERLING, ILL. (Nov. 4, 2016) – Now through Dec. 1, 2016, your vote will help determine the best facial hair in America. Men’s grooming leader, Wahl, spent the last five months traveling across the country to the Most Facial Hair Friendly Cities in America. Along the way, 11 finely groomed gentlemen were crowned champion of their city and became finalists in the annual Wahl Man of the Year Contest. These finalists are now going face to face, as votes on the Wahl Grooming Facebook page will help determine who wins the Grand Prize, which includes the title of Wahl Man of the Year, $1,500 and being featured in a national ad.

To vote for the next Wahl Man of the Year visit https://www.facebook.com/wahlgrooming.

“We’re in the business of celebrating great facial hair, so every year we travel the country in search of guys who epitomize facial hair excellence,” said Steven Yde, division vice president for Wahl. “We know a great mustache or beard when we see one, but we want America to help us determine the best of the best.”

Dubbed the ultimate ‘mane’ event, the Wahl Man of the Year Contest kicked off this May when Wahl announced the Most Facial Hair Friendly Cities in America. The journey involved a 30-foot mobile barbershop and a team of Master Barbers traveling from city to city to give guys free trims and grooming advice. Style delegates were chosen at each of the ten most facial hair friendly cities, and one was chosen from online entries. These 11 finalists each won $500 and a Lithium Ion + Stainless Steel Trimmer, but only one will demonstrate facial hair excellence above all others.

For more information about Wahl’s Facial Hair Friendly Cities Tour, or the Wahl Man of the Year Contest, visit www.OfficialSponsorOfFacialHair.com.

About WAHL Grooming
A quarter-century ago, Wahl recognized the need for an easier way to keep facial hair well-groomed and created the men’s trimmer category. The Wahl Groomsman was the world’s first battery-powered facial hair trimmer, and featured the same high-quality, precision blade technology that had defined the brand since it began in 1919. Today, Wahl offers a complete line of facial hair trimmers that features the latest in power and convenience, continuing the company’s legacy of superior trimming innovation. For more information, visit www.WahlGrooming.com.