IT’S TIME TO DECIDE: WHO HAS THE ‘MOST TALENTED BEARD IN AMERICA’? 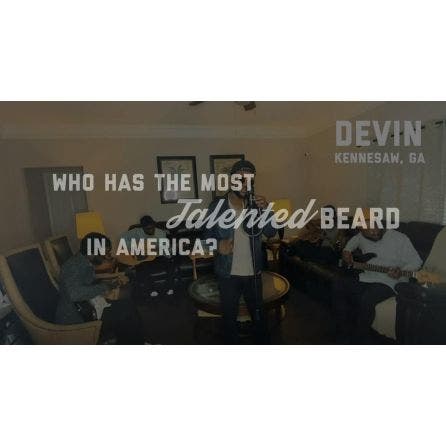 STERLING, Ill. (Nov. 18, 2020) – With the presidential election over, it’s now time for the next big showdown. Bearded men from across the nation threw their hat in the ring for the first-ever ‘Most Talented Beard in America’ contest. Video entries included talents ranging from fire eating to Frisbee throwing, and while men’s grooming leader Wahl chose the top 10 candidates, the popular vote will decide the winners. The first place victor takes home a cool $20,000 and becomes the newly elected ‘Wahl Man of the Year.’

“We created this contest to spread positivity and celebrate all of the bearded guys out there — many of whom are newly whiskered since quarantine earlier this year,” said Steven Yde, division vice president for Wahl.  “We were blown away by the talent, and it was incredibly hard narrowing down the finalists. So, we’re calling on the American people to help us name the winners.”

Vote for the ‘Most Talented Beard in America’ at http://bit.ly/WahlMostTalentedBeard.

Presenting, the Top 10 ‘Most Talented Beards in America’ (in no particular order):

Wahl’s quest to find furry phenoms started in September when it put out the call for men with beards to submit a video of themselves performing a talent. Hundreds of hairy hopefuls entered, and 10 fuzzy-faced finalists were chosen. The next step: from now until Dec. 9, 2020, the public can vote for their favorite bearded performer at http://bit.ly/WahlMostTalentedBeard, they can also get to the voting page by visiting @WahlGrooming on Facebook or Instagram.

For more information about the ‘Most Talented Beard in America’ contest, including official rules, visit WahlUSA.com.

Watch a preview of each finalist’s talent: https://youtu.be/RCPmQnyIW1Y