Does Your Haircut Stand Out on The Court? Bracket-Style Voting Will Determine Who Wins $5,000 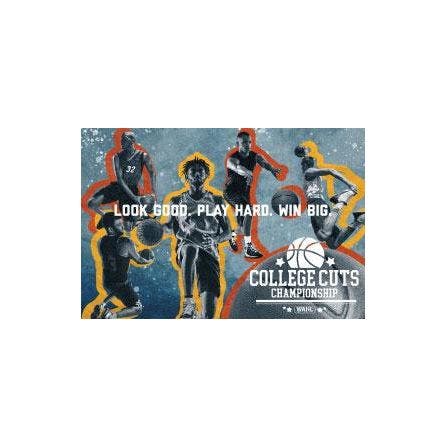 STERLING, Ill. (Mar. 1, 2022) – Is your buzz cut a bracket buster? Does your fade make a fast break? Are you a college basketball player who knows that playing good, starts with feeling and looking good? If so, men’s grooming leader Wahl wants you to check into the game. The inaugural Wahl ‘College Cuts Championship’ Contest celebrates athletes with the coolest clipper cuts by rewarding them with a shot at $5,000.

“We know that college athletes tend to cut their own or their teammates’ hair. It is about team bonding and personal expression,” said Steven Yde, division vice president for Wahl. “That’s why we designed this contest; it celebrates college basketball players who take pride in their team and their haircut knowing it’s an integral part of their personal confidence and cohesiveness as a team.”

How the Contest Works

From now until March 15, 2022, college basketball players are encouraged to visit the contest entry page at https://bit.ly/CollegeCutsEntry, and submit a photo of their haircut that was achieved – at least in part – with a clipper. The second step is to answer a few questions about their haircut. Finally, if chosen as a finalist, they’ll need to rally friends, family and teammates to garner votes in a bracket-style match up.

Entries that get noticed should follow these three pointers:

1.     Make sure you’re the only person in your photo and that your face is visible.

2.     Avoid any school or team logos or trademarks in your photo.

3.     It must appear like a clipper was used to achieve your haircut.

Entrants can also get to the contest page by following @WahlGrooming on Facebook or Instagram, and can get more details from the Official Rules.

Celebrating its 103rd anniversary, Wahl continues to help men look and feel their best with innovative products manufactured to define and elevate the men’s grooming category. The company set the standard with the first-ever practical electric hair clipper in 1919, and later strengthened its leadership with the world’s first battery-powered facial hair trimmer. Wahl crosses its centennial milestone by introducing a complete line of personal care products including a beard oil, shampoo, and body wash. It’s this continued commitment to excellence that has solidified Wahl’s place as the world’s go-to brand for men’s grooming solutions. For more information, visit WahlUSA.com.